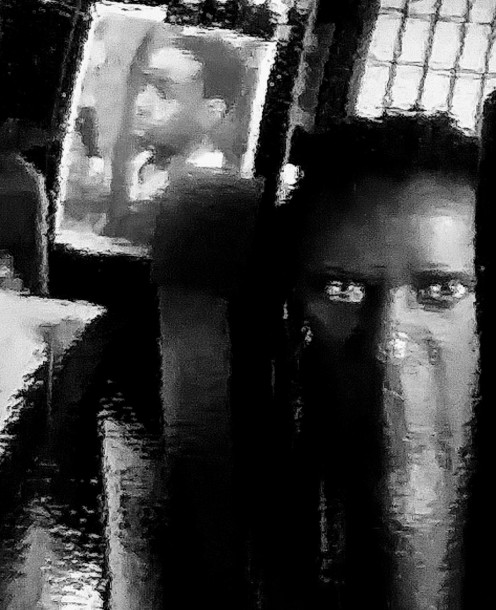 Otoniya Juliane Okot Bitek is an Acholi poet. Her 100 Days (University of Alberta 2016) a book of poetry that reflects on the meaning of memory two decades after the Rwanda genocide, was nominated for several writing prizes including the 2017 BC Book Prize, the Pat Lowther Award, the 2017 Alberta Book Awards and the 2017 Canadian Authors Award for Poetry. It won the 2017 IndieFab Book of the Year Award for poetry and the 2017 Glenna Luschei Prize for African Poetry. Otoniya’s poem “Migration: Salt Stories” was shortlisted for the 2017 National Magazine Awards for Poetry in Canada. Her poem “Gauntlet” was longlisted for the 2018 CBC Poetry Prize and is the title of her most recent work, a chapbook with the same title from Nomados Press (2019). She is an assistant professor of Black Creativity at Queen’s University in Kingston, which occupies the lands of the Anishinaabe and the Haudenosaunee people.

Otoniya’s work has been published widely on-line, in print and in literary magazines such as Event, The Capilano Review, Room, Arc, Whetstone, Fugue, and recently anthologized  in Love Me True: Writers Reflect on the Ups, Downs, Ins & Outs of Marriage, Transition: Writing Black Canadas, Great Black North; Contemporary African Canadian Poetry , Revolving City: 51 Poems and the Stories Behind Them, Settled/Unsettled for Cascadiamagazine.org.

100 Days (University of Alberta Press, 2016) is a poetic response to the twentieth anniversary of the 1994 genocide in Rwanda.  Inspired by the photographs of Wangechi Mutu, Otoniya wrote a poem a day for a hundred days and posted them on this website and on social media — Facebook, Twitter, Instagram. The poems were exhibited at the Lobby Gallery for the Liu Institute for Global Issues in summer 2015 as Resisting Voice: A Selection of Poems from #kwibuka20#100days. and featured in Zocalo Poets as they emerged during the summer of 2014.

Sublime: Lost Words (The Elephants 2017) is an open access poetry chapbook available for download as an ePub or PDF. (International readers, please note the instruction for a North American postal code at The Elephants shop).

In 2007, Otoniya received a Canada Council grant which supported her writing a collection of non-fiction. Her essays have been published on warscapes.com as well as her book review on Yvonne Adhiambo Owuor’s fine novel, Dust.

Otoniya Juliane Okot Bitek holds a Master’s Degree in English and a BFA in Creative Writing and a PhD in Interdisciplinary Studies from the University of British Columbia.

Along with northern Ugandan women’s advocates like Grace Acan, she has co-authored a book Stories from the Dry Season (unpublished).  Some excerpts from that book can be found here in African Writing Online and here in Maple Tree Literary Supplement.  Otoniya has been an invited poet at the Medellin International Poetry Festival (2008) Colombia (2008) and V Festivale Internacionale de Poesia en Granada (2009) Nicaragua.  She continues to write and speak about issues of home, homeland, exile, citizenship and diaspora.

Otoniya has been a Poetry Ambassador for the City of Vancouver, working under the auspices of Vancouver Poet Laureate Rachel Rose.

In the fall of 2020, Otoniya was the Ellen and Warren Tallman Writer-in-Residence in the English Department at Simon Fraser University. She was also a Jack and Doris Shadbolt Fellow in the spring of 2021. 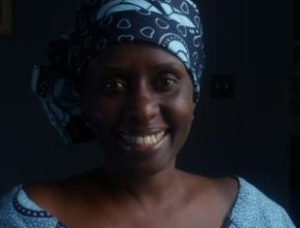